Free to the World 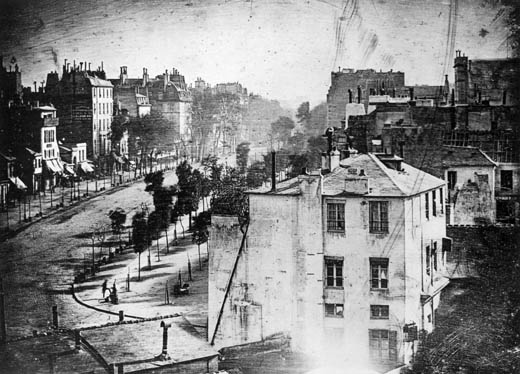 In January 1839, French artist and chemist Louis-Jacques-Mandé Daguerre changed the world. On the 9th day of that month he announced to the French Academy of Sciences that he had all but perfected a process for permanently capturing a moment in time. Daguerre had worked for years alongside fellow pioneer Nicéphore Niépce, whose bitumen-based heliography contributed to the development of the daguerreotype. In 1835, after Niépce's death in 1833, Daguerre discovered  a method of developing images that had been exposed for 20 to 30 minutes, when he accidentally broke a mercury thermometer. He discovered later that he was able to fix the image by using a solution of salts. The French government responded by buying the process from Daguerre in exchange for a pension. It then gave daguerrotype to the rest of the world for free.

In 1840 Edgar Allen Poe wrote about the "dag" and called it "the instrument I believe must undoubtedly be recognised as the most important, and perhaps the most extraordinary, triumph of modern science." Poe had his own dismal countenance recorded for posterity.


Photograph: Boulevard du Temple, Paris, 1838, by Daguerre. This is the first-ever photograph of a person. The street in the image was a busy one, but since exposure took at least ten minutes, the moving cars and pedestrians in the picture do not appear. The exception is the man at the bottom left, who, because he stood still for long enough while getting his boots polished, can be seen quite clearly.