According to Slate Magazine's (slate.com) Farhad Manjoo, January is a magical month in the technology industry, largely because of the unveiling of a slew of new gadgetry at the annual Consumer Electronics Show. Things have been a little dry in Gadget Land for the past year thanks to a slow economy which has created a reluctance to pump capital into any major projects. But as the economy recovers, predictions for 2010 are looking positive. 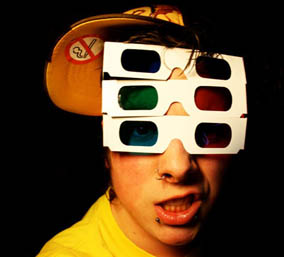 HD or 3D
Most South Africans have probably not quite digested the idea of High Definition television. If you have gone out and purchased an HD set and all the peripherals that make you believe the action is happening right in your sitting room, the bad news is that you are already due for an upgrade. John Taylor, an LG vice president told the New York Times in an interview this week: "The stars are aligning to make 2010 the launch year of 3-D." The success of the new technology will depend on whether consumers are ready to ditch their recently unpacked sets in favour of new 3-D ones which will retail in the US for a hefty $2,000. Buyers will also have to purchase special goggles to view the new format. ESPN plans to show World Cup footage in 3D and Discovery, Imax and Sony are planning to  create a 3-D entertainment channel next year. 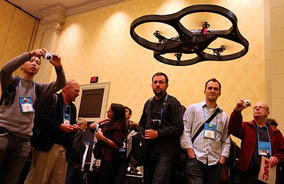 At first glance, the AR Drone looks like a floating candlebra. It is, in fact, a quadricopter, a lightweight device powered by four small, but powerful, sets of blades that keep it aloft. But the AR Drone is much more. It is equipped with two mini video cameras which relay data to an iPhone. A downloadable application turns the phone into both remote control and video game. On the screen you not only see the footage of your house or garden filmed by the drone, but also virtual monsters or fighter planes that appear courtesy of the augmented reality (AR) technology, which layers digital information and data over moving pictures of your surroundings. According to Wilson Rothman, features editor of gadget website Gizmodo, it is about time the revolutionary idea took off: "This is surely every kid's dream game made real." 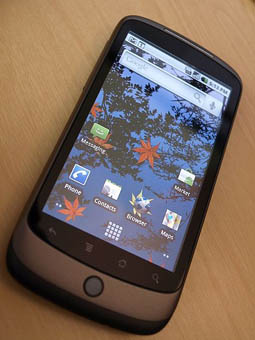 Google's Nexus
Despite all the hooha raised by science fiction writer Philip K Dick's family about Google's illegal use of the name Nexus One for their new phone, the handset is still being touted as the next big thing. Dick's family claims that Google stole the name from a character in the novel Do Androids Dream of Electric Sheep, which was later turned into the movie Bladerunner. Google says the name has nothing to do with Dick's work and critics are raving about the phone, which uses Android, an open source operating system that frees consumers to choose from competing service providers.